Rebekah helped to make pancakes while she was at school and insisted on making the pancake mixture at home when she got home. 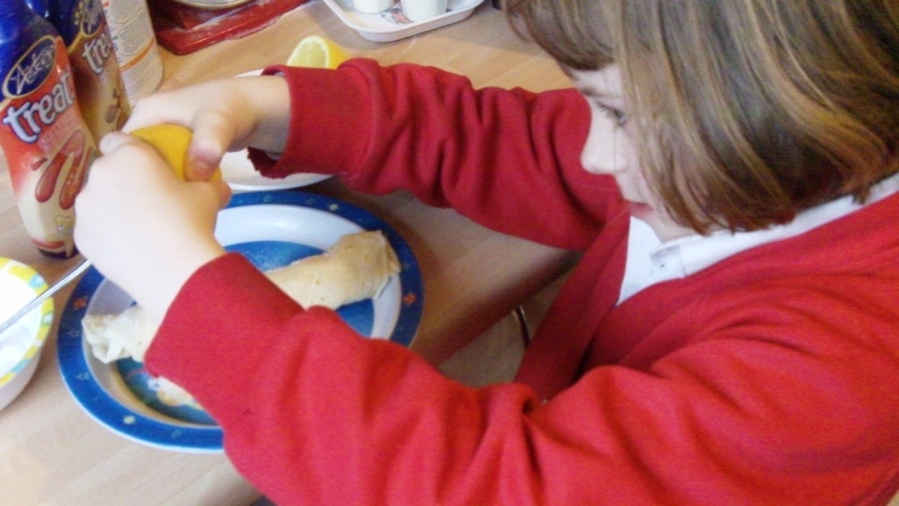 Rebekah adding lemon to her pancake

Rebekah and Emily enjoyed their pancakes, but Holly isn’t really a fan and only had a couple of mouthfuls.

Traditional lemon and sugar were Rebekah’s preferred choice of filling for her pancake, meanwhile Emily was allotted jam on hers – it being softer for her to eat. 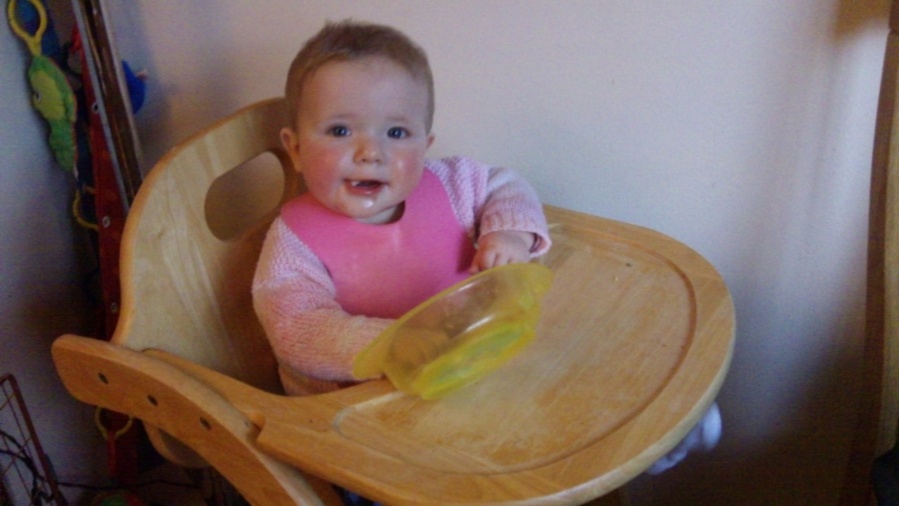 Emily finishing off her pancakes!

Most of the mixture had already been consumed by the time I came to pour it into the frying pan.

Whether it was the consistency of the mixture, the heat of the pan, the thickness of the pancake or just the ineptitude of the chef will never be known.

Sadly, my first couple of pancakes were somewhat on the crunchy side! I ably served them from the pan and topped them off with generous amounts of lemon and sugar.

Unfortunately this did little to redeem them of their brittle nature, and rolling them up proved nigh on impossible.

Fortunately, the addition of more fat seemed to sort out the consistency issues in time for my third and final pancake.  This was cooked to perfection and served, again with the addition of lemon and sugar, with aplomb. 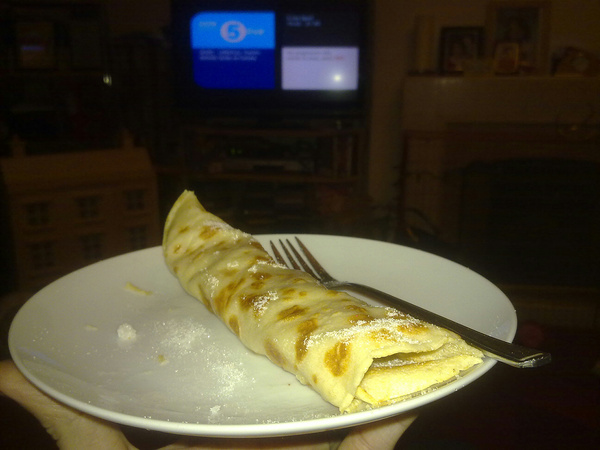 My third pancake in front of the football

Hopefully next year’s Pancake Day will be marginally more successful!