Throughout the winter we have been plagued with the question ‘When will it snow?’ – today we found out the answer.

Snow on the hawthorn

Most of the roads were clear of snow

Some 8cm fell during the night, leaving the ground, this morning, covered with a carpet of white.  Needless to say, the girls were up much earlier than on a normal Sunday and were dressed in record time, eager to get out of the house.

With the temperature already above freezing, speed did appear to be of the essence and we hastened outside with the trees already dripping with melting snow.

The girls enjoyed being pulled around on their sledge while I was commissioned to build a snowman! 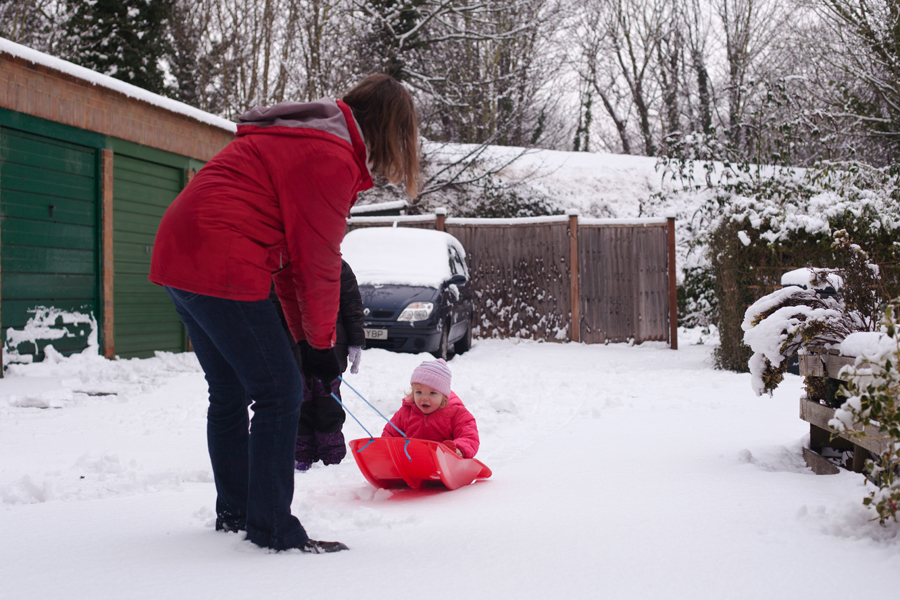 Emily unsure what to make of the snow

The snow was of a perfect consistency for snowman construction and we managed to build something somewhat taller and wider than last year’s effort. 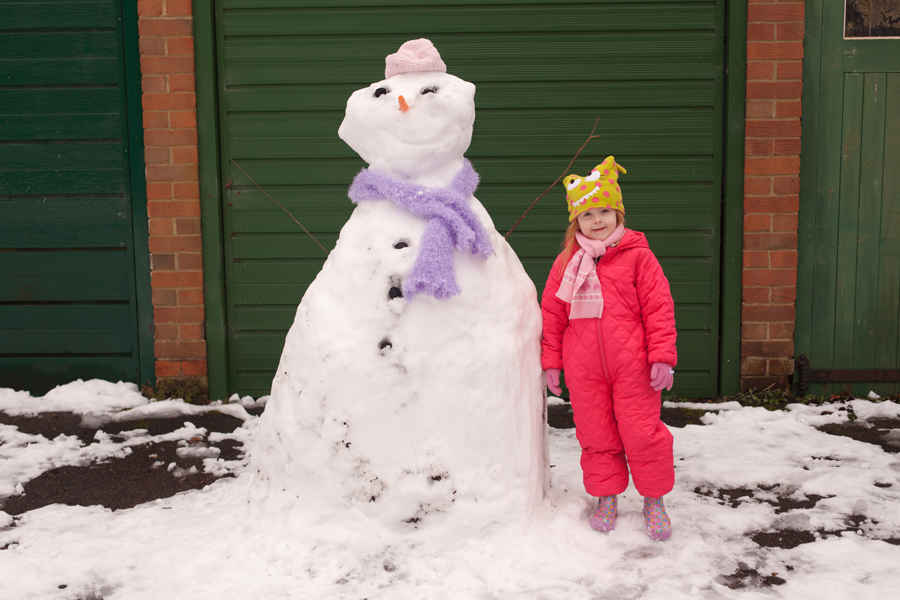 Later, the girls met up with their friend Nathan at church and were able to have a ride on a bigger sledge.

After lunch, Rebekah and I went over to Mum’s to clear some of the snow from her driveway and see how the vegetable plot was coping with the inclement weather.

The magnolia and crocuses in the snow 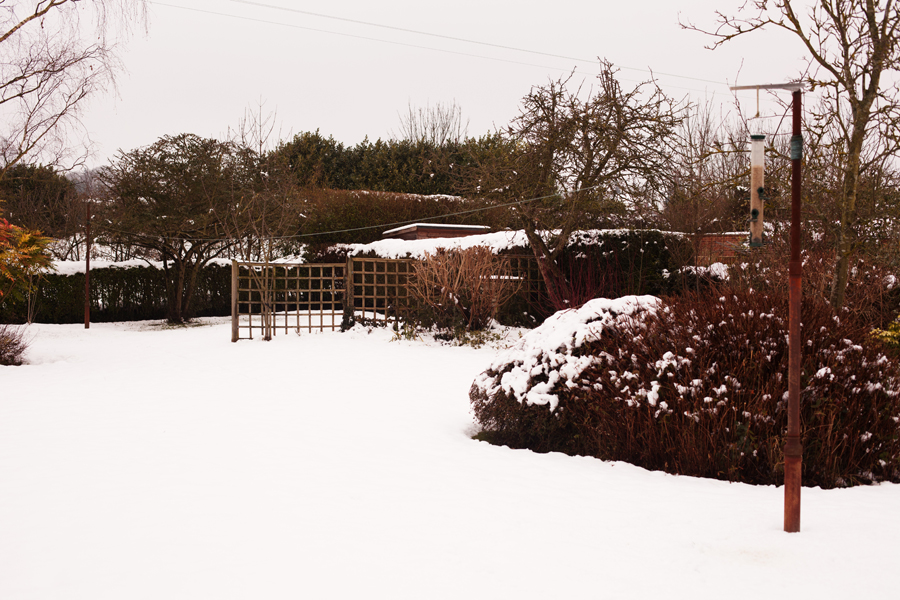 End view of the vegetable patch

The gooseberry offers the only sign of life in the patch 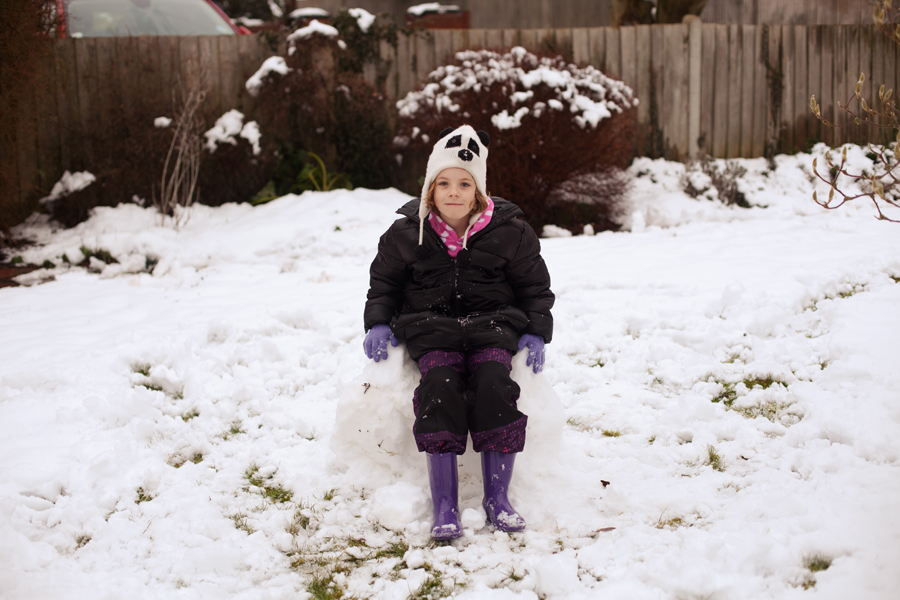 The cold weather looks set to persist for at least the rest of the week.