With snow forecast for the south of England, I’d already planned to work from home.  Unfortunately, I’d also planned to use the time to book my car in for its MOT.

#uksnow has reached Maidenhead. Currently 6/10 SL6. #BlackBeauty dropped off for its maiden #MOT. Not convinced I'll get it back today!

The girls’ schools had decided to open for the day – given the lack of snow in the morning, but in the meantime, the roads were fast beginning to succumb to the weather.

Cars beginning to skid around on the snow on the #A308 outside. Road still passable with care currently. #Maidenhead #uksnow SL6 6/10

With the roads now at gridlock, the schools finally decided to close at lunchtime.

Schools finally letting the kids leave. @sarahlbray off to collect them with a sledge in tow. No news on the #BlackBeauty. Roads gridlocked.

Eventually, the good folk at Six Bay called to alert me that the car was ready for collection and I was able to nurse it home through the snow and traffic – a two minute journey ended up being closer to forty-five minutes! 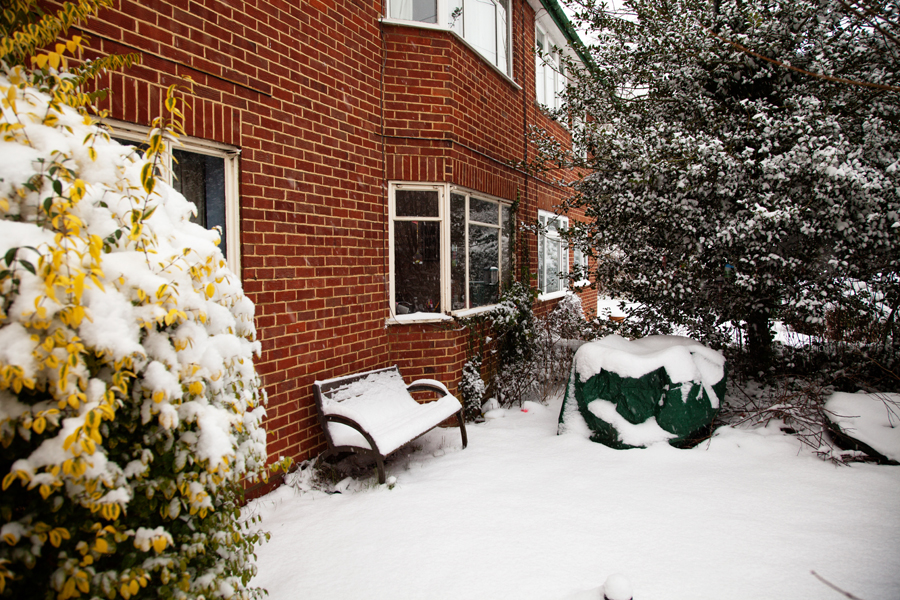 The front garden in the snow

Outside the front of the house

Our house in the snow

Snow on the neighbour’s wheely-bins

On Saturday we were able to get out in the snow and I helped the girls to build what turned out to be an incredibly thin snowman, in the front garden! 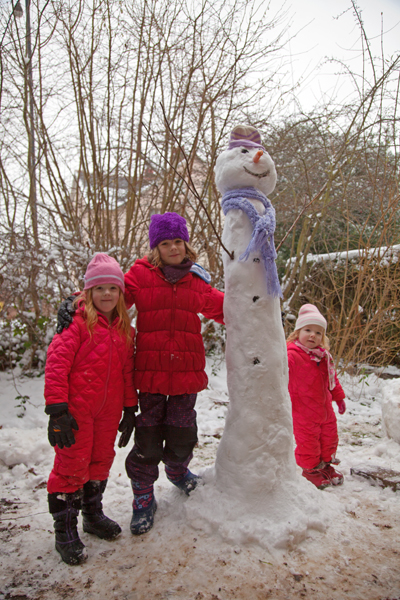 The girls with a new friend

Proud to find someone thinner than me!

With the roads largely clear of snow, we made our way over to mum’s house to see what the conditions were like in Cookham.

Mum’s magnolia in the snow

Holly and Emily having a sledge ride around the garden

Emily in the snow

The vegetable plot buried in snow

Gooseberry and raspberry in the snow

Later in the afternoon, Rebekah and I had a walk down by the river at Maidenhead and took a few more photos of the snow.

Not a day for sitting out

Looking along towards Maidenhead Bridge 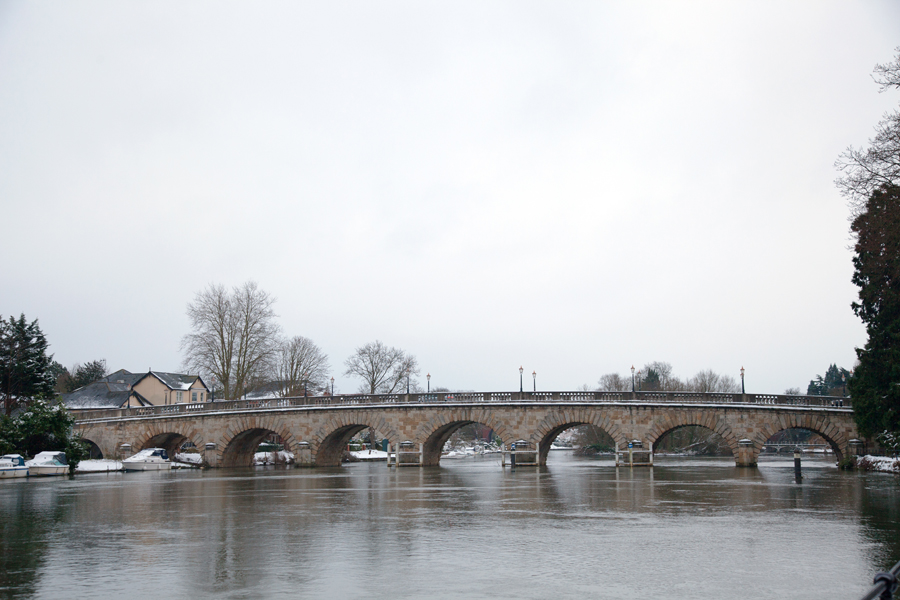 Maidenhead Bridge in the snow 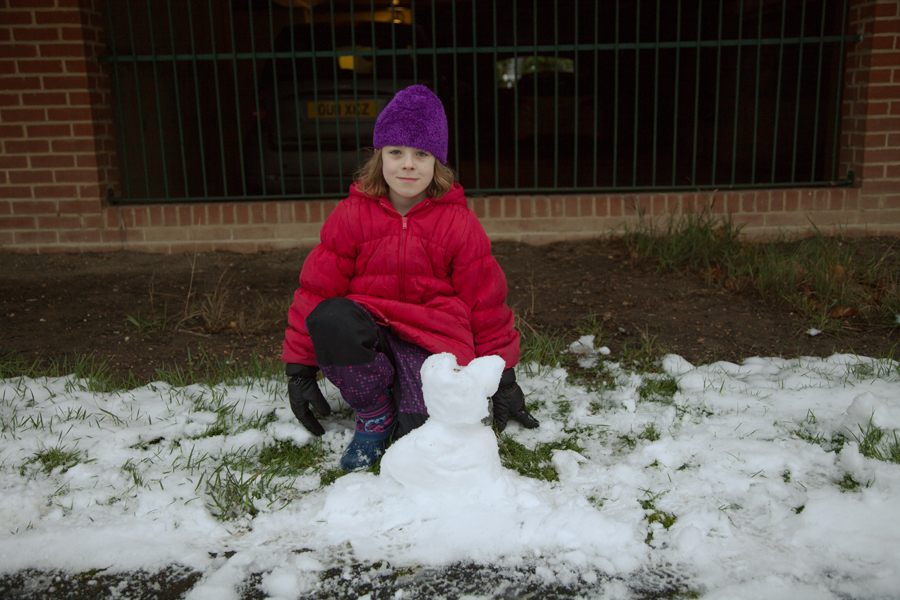 Rebekah with a rapidly made snow duck

Lovely day for a stroll by the Thames

The snow lingered for a few more days before gradually melting away.