Our Bank Holiday Monday began with a brief trip to Sainsburys to stock up on the essentials (bread, yoghurts and half-price Lindt dark chocolate bunnies!)

Later, again seeking to recoup some of the money spent on National Trust membership, we drove over to Greys Court near Henley.

Judging by the number of other cars that were streaming into the car-park this is clearly a popular haunt for National Trust members!

The only thing lacking from the overflow car-park to which we were directed was a simple sign pointing out where Greys Court itself was located.  Without this vital information we headed off completely in the opposite direction, happily following others down a path and through a couple of gates.  By the time we stumbled into a wood full of bluebells we realised that something had gone awry and began to head back towards the car-park. 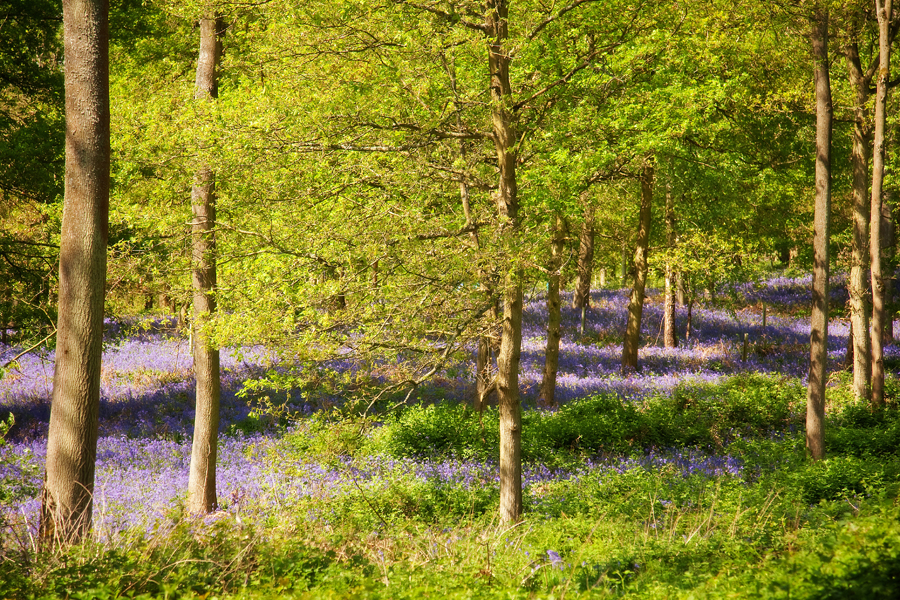 The extra walking had taken up valuable time and it was high time for a small snack to keep body and soul in check.  We had a somewhat windswept picnic atop a small hill overlooking the car-park before eventually heading back and finding the correct route for locating the house.

With our temporary passes still in hand (as they have been since October last year!), we made our entrance proper.  Due to the crowds we decided not to bother getting tickets for the house and instead merely wandered about the scenic grounds.

One of the highlights is a medieval fortified tower which dates from 1347 and is the only remaining part of a former castle which once stood on the site.  Fortunately the wooden ladders leading up to the top are slightly more modern and I was press-ganged by the girls into taking them up to the top.  We were rewarded for our efforts in climbing aloft with some terrific views over the estate and gardens.

Part of the view from the tower

Once back down on terra-firma, Holly was particularly taken by a heart-shaped pond which had numerous young newts in it and the girls spent some time watching them. 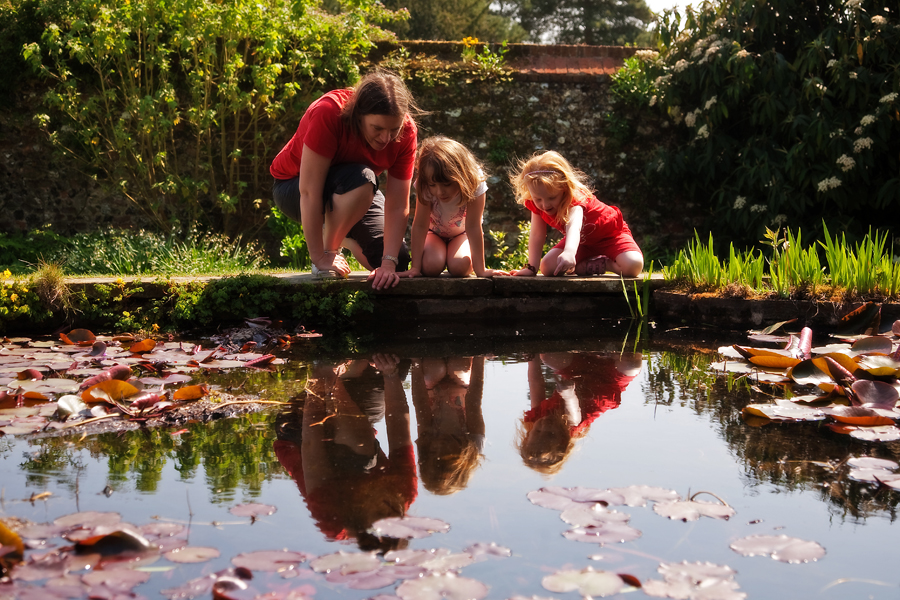 Greys Court has a variety of different gardens.  The wisteria garden was looking particularly spectacular at this time of year.  It contains ancient wisteria growing on supports above bluebells and, on a sunny day, it was a real feast for the senses, both looking and smelling amazing.  There are also impressive vegetable gardens which put our humble ‘veg plot‘ to shame. 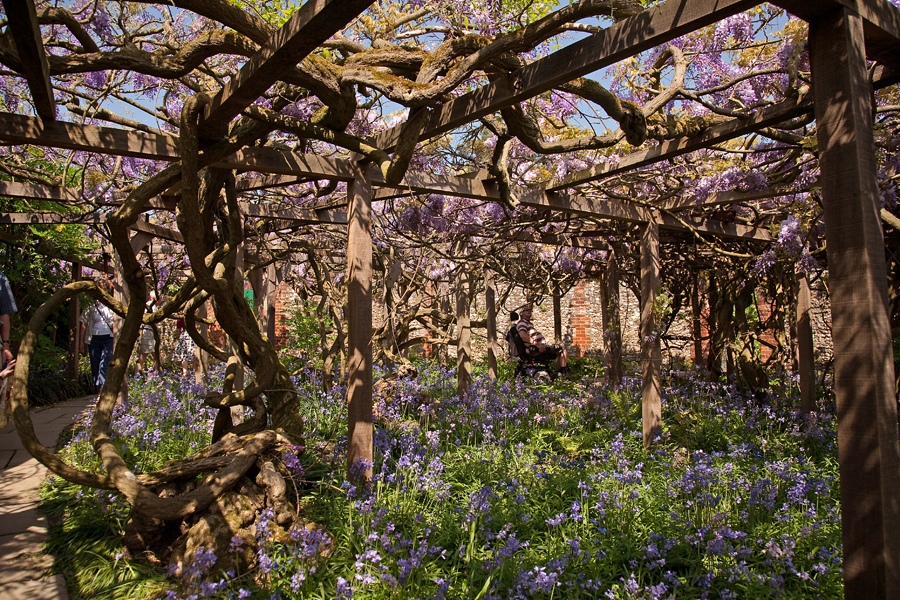 The girls enjoyed going around the maze, in the centre of which is a large sundial.

Eventually we finished up at the ubiquitous ‘National Trust shop’ where the girls each bought a small toy as well as an ice-cream.

Greys Court is well worth a visit – even if just to have a wander around the expansive grounds.  We were there for over three hours and still didn’t see everything that was there! 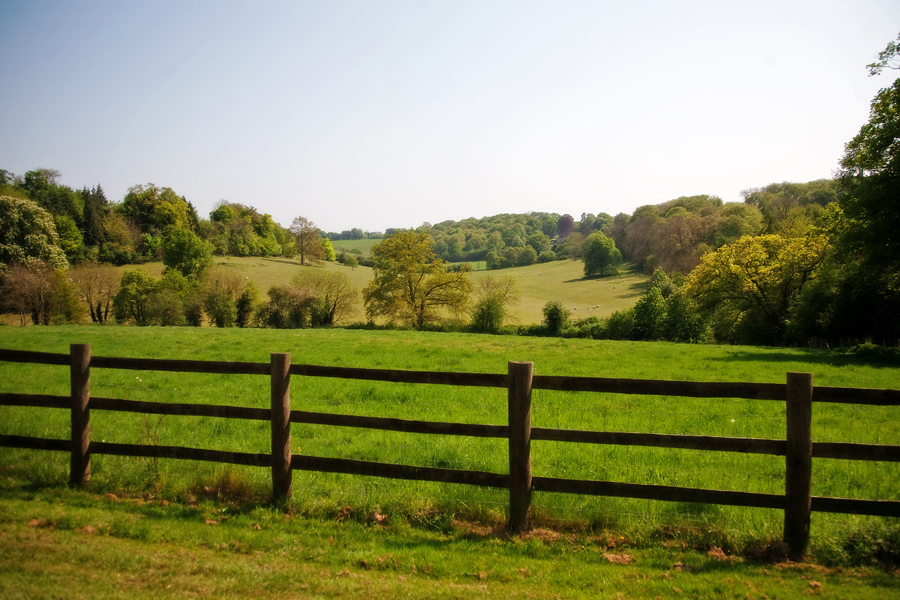 After leaving Greys Court we popped into Henley, parking in the station car-park.  Most of the payment machines were out of order and the one that I did find working promptly swallowed up the pound coin that I proffered to it.  The girls had a good play in the park before we headed over to Marlow.

We were fortunate enough to be able to park in Marlow High Street only a stones throw away from Wimpy and hastened inside to enjoy their standard fayre.  It seems that we either eat at Wimpy a lot, or I’m just prone to tweeting about them whenever we go there as one of my tweets elicited the below response from @maidbloke:

@PhilBray Again? Do you get a loyalty discount? 😉

At Wimpy I opted for my standard breakfast with beans and ended up sharing a chocolate fudge cake with Rebekah, making the most of them while we still can!

All in all, it was an enjoyable day and great to spend some time out and about with the family.