This Bonfire Night we once again made plans to attend the events in Cookham organised by Cookham scouts.

Accordingly, I found myself in Countrystore in Cookham this morning spending £75 on tickets for this evening!

Holly decided not to join us this time and Sarah stayed at home with her and Emily to watch a DVD of Holly’s choice – Barbie: A Fashion Fairytale.

I drove over to Cookham with Rebekah and we turned down the long and narrow road which leads to Formosa Meadow, overtaking various others heading down on foot.

Fortunately the rain, which had threatened earlier in the day, held off as we parked up and walked past the table, lit in the darkness by a plug-in flourescent light, to surrender our tickets.

Everything was more or less the same as last year.  Tents were set out offering various drinks, including mulled wine, soup, tea, coffee and hot chocolate.  A smaller tent displayed a selection of sweets for the children as well as toffee apples.

The tented area was illuminated leaving most of the meadow, including the bonfire, in darkness.

We met up with friends there and shared various refreshments before the evening got underway with the lighting of the twenty-five foot bonfire.  As usual, safety concerns were met with the addition of a line of tape placed some 20 feet away from the pyre.

Shortly after 6.30pm flaming torches were carried across the field, reeking of paraffin, before being thrust into the heart of the pile of branches.

One of the flaming torches

Despite the rain earlier in the week, in a matter of minutes, the bonfire was soon flaming high and the heat produced forced the onlookers back to cooler climes.  The effigy of Guy Fawkes so carefully positioned atop the branches was also rapidly consumed.

Crowds around the bonfire

As the clock moved towards 7pm, people began to make their way over to the rear of the field to view the main event of the evening.  Accordingly, I managed to pick a good spot to set up my tripod and give the new 5D Mark II something of a workout. 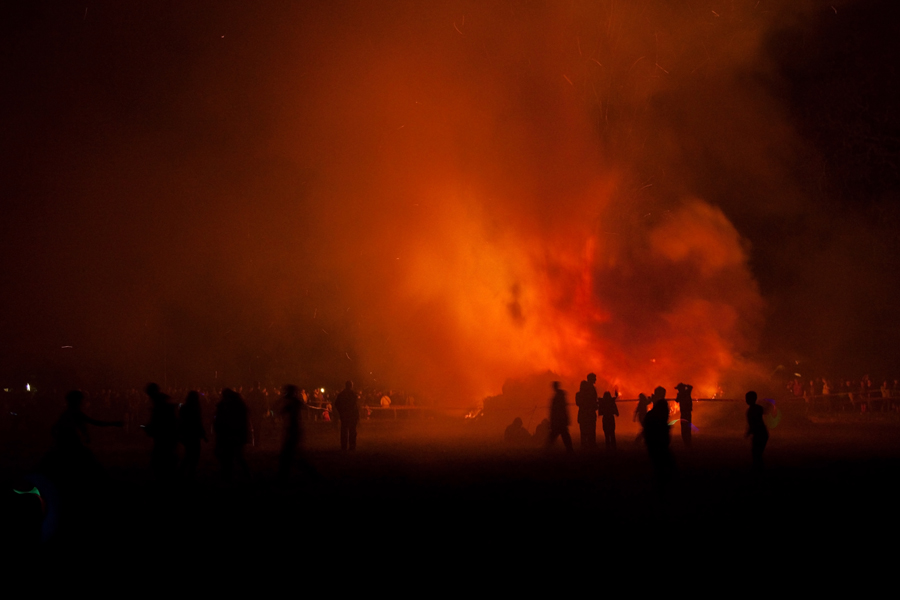 Jon’s shot of the fire beginning to die down

Silhouettes in the smoke

The fireworks, set off by Shellscape, began shortly after 7pm and went right through to 7.30pm.   What a 25 minutes we had!  Fireworks of every hue were sent aloft while the noise of explosions reverberated around the surrounding area for miles around. 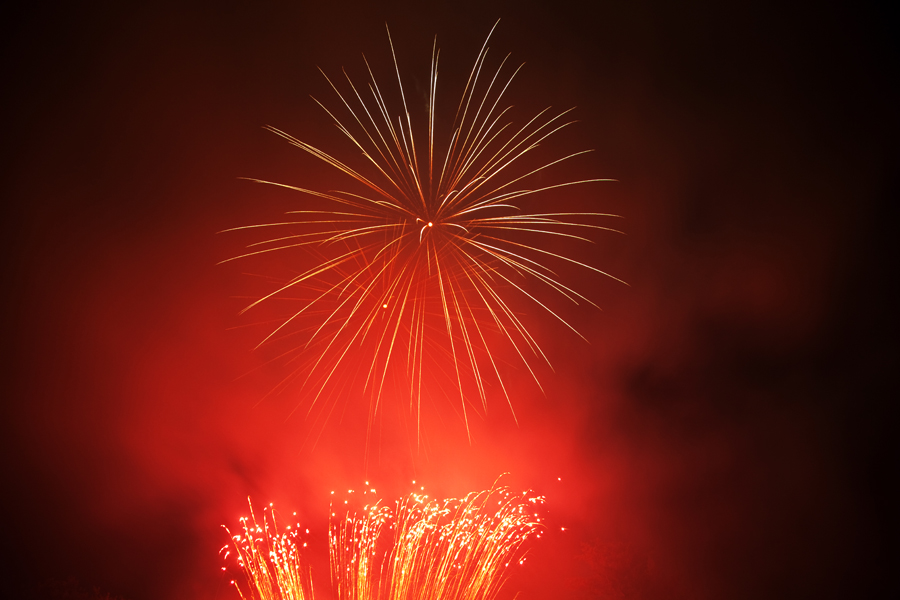 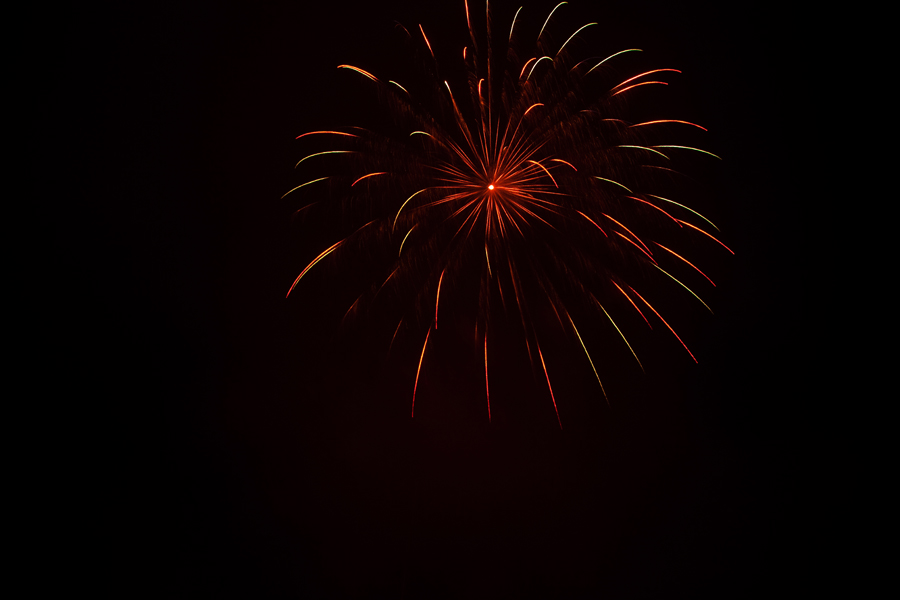 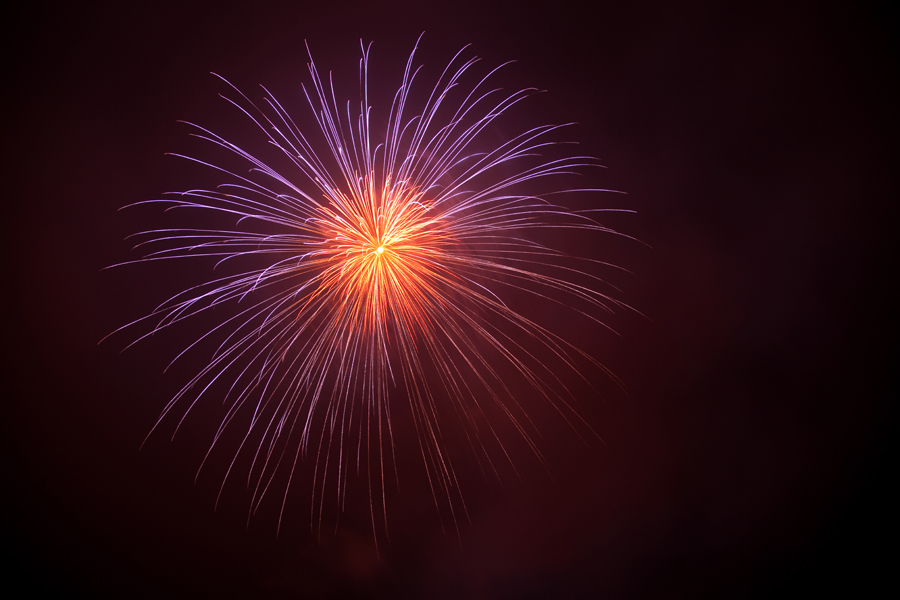 At last it was over, and, as the final rocket exploded, the crowd numbering well over a thousand people broke out into spontaneous applause.

It was perfect timing as fireworks from nearby Cliveden immediately began and the masses were treated to another, free, display.

It was time to join the long queue of cars waiting to escape from the car-park and we finally got home around 8.30pm.

Once again it had been a fantastic night and a real curtain-raiser to the winter season ahead.  We returned home to warm up with tomato soup and start the job of wading through over 200 photos from the evening!