This afternoon we joined a number of others at the inaugral Carters Steam Fair Open Afternoon which was held at their yard close to White Waltham airfield. 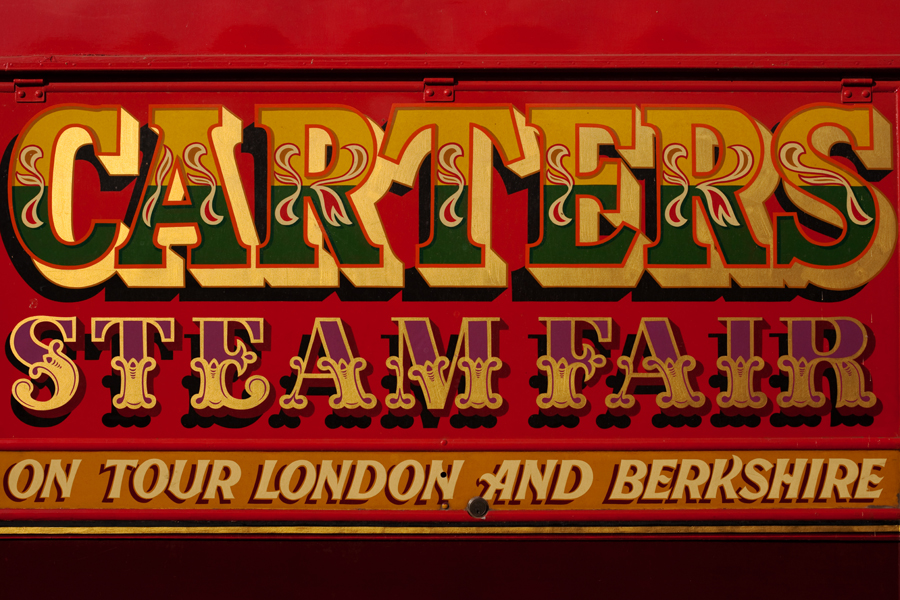 One of the Carters lorries

We had little difficulty in finding the yard which had been well signposted with a Carters van parked at the entrance to the industrial estate by the main road.

The road down to the yard itself was somewhat narrow and we ended up parking on the kerb and walking down to it, passing a number of Carters lorries on the way.

The entrance itself was up a step and into a small terrapin.  Here we were greeted by a couple of the Carters steam who charged us the one pound admission (for the Willow Foundation) and stamped our hands with a sign to indicate that we had paid.

From there we moved into a larger room where a man was busy painting one of the signs.  There was also the option to have a specially created sign either for a house or for a child’s room.  With prices around the £60 mark, we decided to move on.

Outside, all of the Scammell lorries were displayed and many of them were in steam.  It was quite busy with a large number of attendees appearing to be fans of steam.  There were a number of elderly gentlemen sporting various beards.  All appeared to be in their element – given the array of steam-powered machinary on display!

The Whirl-a-ball stall which was displayed in the yard

Also in full swing outside was the old organ which was busy pumping out its tunes.  This, combined with the evocative smell of steam helped to create a real sense of the fair.

Two of the steam engines 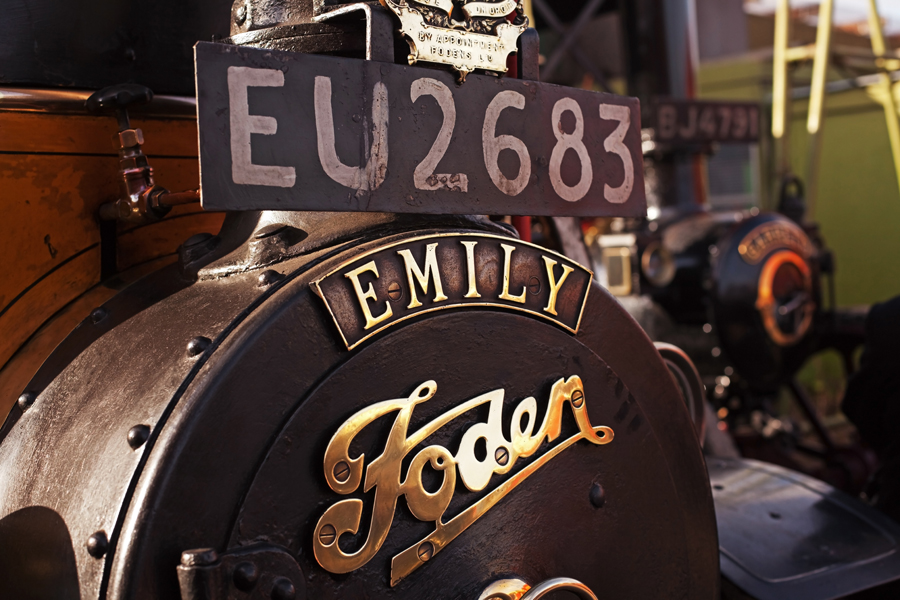 One of the lorries called 'Emily'

The girls climbed onto a double-decker bus at one point to find a surly man on board.  Somebody else who climbed on and wanted to go upstairs just to ‘take a photo’ received the curt reply ‘Not upstairs mate.  No!’.  It was perhaps the only sign of unfriendliness that we encountered.

We went into a couple of the large sheds where repainting was being carried out on one of the rides.  Also displayed was a model of the ‘steam yachts’, as well as various old steam fair posters and photographs.

A working model of the Carters' Steam Yachts

Old posters displayed in one of the sheds

Not sure how often the Queen rides on a dodgem!

We exited through the same narrow room where we came in, pausing only for the girls to buy a Steam Fair poster each, for their bedroom walls.

After leaving the Carters yard we decided to drive over to Henley.  The girls enjoyed playing in the park, we had a browse around the shops and ended up enjoying a hot chocolate in The Chocolate Theatre Cafe!