We enjoyed an excellent day out at the Milestones Museum over at Basingstoke.

The museum is entirely located in what appears to be a huge aircraft hangar, making it ideal for visits all year round. 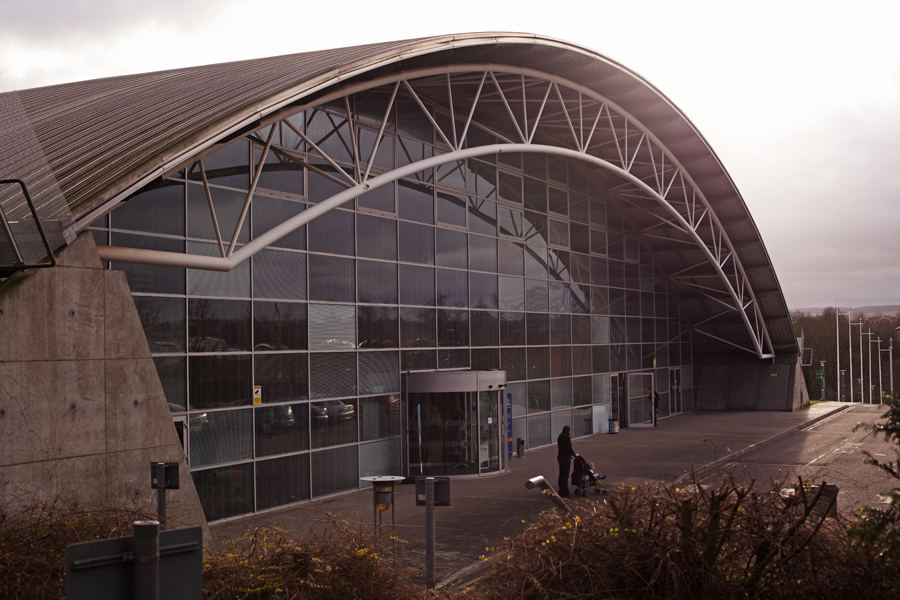 The outside of the Milestones Museum

We arrived just before it opened at 11am and were therefore among the first visitors in for the day.

Milestones is full of mock buildings and shops set out in streets to represent how we used to live.  You’re able to go into some shops and there are various ‘manned’ areas – e.g. you can buy a drink in an old-fashioned pub or sweets at a retro sweet shop.

We started our visit in a Play Post Office which is particularly set up for younger children and offers the opportunity to sort post and send letters etc.

Emerging into ‘Jubilee Street’, we were able to view various shops including a milliner’s, the Baverstock Arms, a saddler’s, an ironmonger’s and an Edwardian cottage.

Seed merchant's lorry outside the 'Co-op'

Venturing through a ‘Time Tunnel’ we found ourselves back in the 1930s with various old delivery lorries, a bus and authentic shops including a cycle shop, a sweet shop, hardware stores, a toy shop and probably the most interesting being a camera shop and a gramophone and radio shop.

Rebekah on an old fork-lift truck

Some shops allowed you to venture inside to view displays, complete with mannikin figures – some of whom appeared to be conversing, with their conversation played through hidden speakers.  Other shops were simply window displays and had no access inside.

The girls were able to buy some sweets from the sweet shop by using old pennies and ration cards – designed to show them how things were in the war, when you were limited to a bag of sweets a week!

Holly paying for sweets with an old 'penny'

The camera shop was packed with displays of old equipment including cameras, early camcorders and even old video recorders.  Some of the displays were made all the more poignant given the recent news concerning the demise of Kodak. 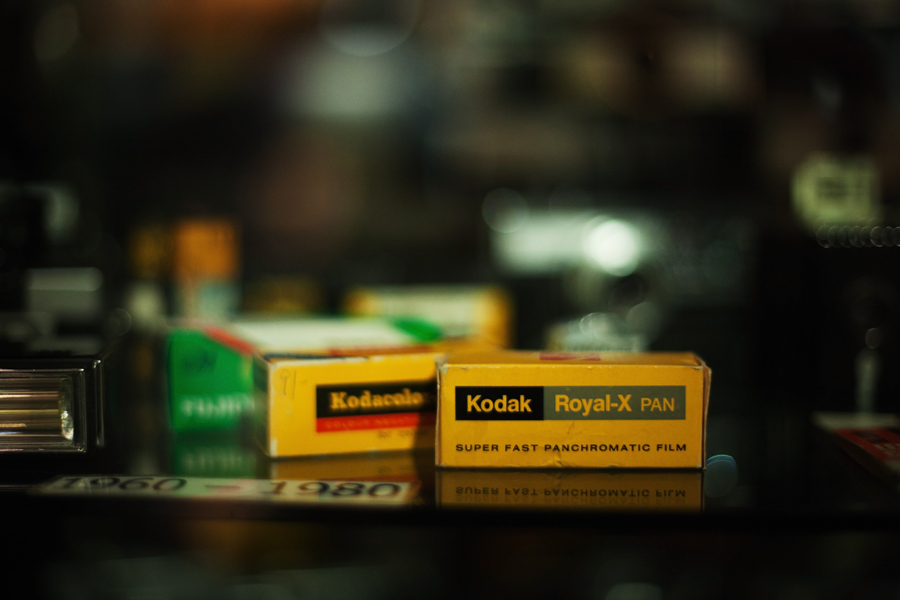 The gramophone and radio shop also had large stocks of old vintage equipment which the girls found interesting.

The gas showroom had posters and relics including old bathroom geysers which used be positioned above a bath and heated by gas!

We were able to go onto an old bus, where a lady explained about the roles of the Bus Conductor/Conductress and the Ticket Inspector.

Probably the best area was the Collections Corner.  Located here were everything from a huge range of old vacuum cleaners to antique toasters and irons.  It was a fascinating collection and more worrying just how many things there that I could remember either having had at home or seeing at my Grandparents’ house!

Another area had a series of rooms from different decades all set up with genuine furniture and fittings from that period. 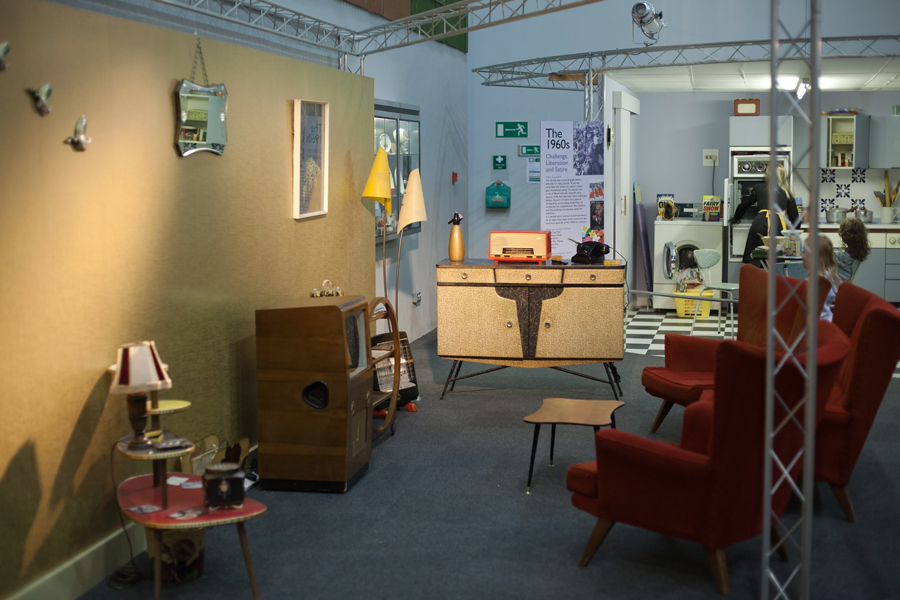 There were also areas set up for larger industrial equipment including a sawmill, tram shed, an agricultural showground and a paint works.

The girls in a tent on the Showground

Rebekah on a steam roller

During the afternoon, the girls and Sarah joined several other children in attending a school lesson.  This involved lining up in two rows outside (boys and girls), having their hands checked and then being allowed into the classroom.

Holly and Rebekah in the school room before the lesson

Inside they enjoyed some teaching centred around the ‘Three Rs‘ and were able to use old slates and slate pencils. 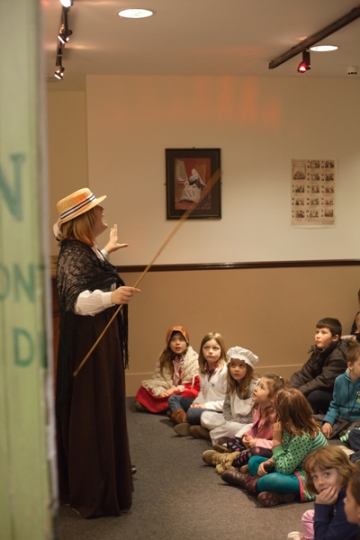 The teacher and her class

Rebekah with her slate

The girls also enjoyed the opportunity to dress up in period costumes.

Sarah as a maid 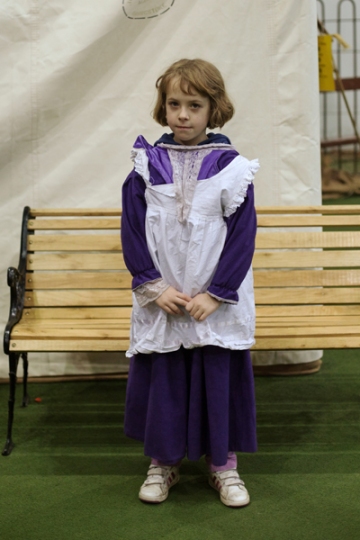 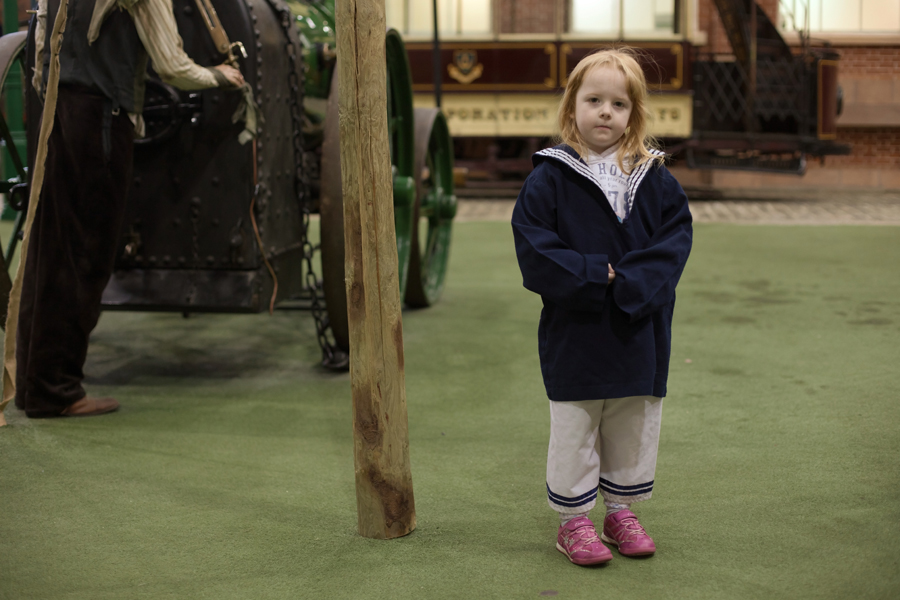 We finished our four-hour stay with a look around the well-stocked gift shop which includes an impressive array of old games, toys and books.

We didn’t partake of food in the cafe, having brought a packed lunch with us.

All in all, we thoroughly enjoyed our time at Milestones.  There were just a few minor things we felt could be improved:

These minor quibbles aside, it did make an excellent day out, and I’m sure we’ll return again at some point in the future.