Time to hie unto #Bath!

Despite the unseasonal summer weather, we enjoyed an excellent day out in Bath visiting various sites including the Roman Baths and the Abbey.

We managed to be organised enough to leave home by around 9am and were down in Bath, having caught the Park and Ride, by around 11am.

The weather in the morning was generally cloudy but for the most part dry and we decided to visit the Roman Baths. 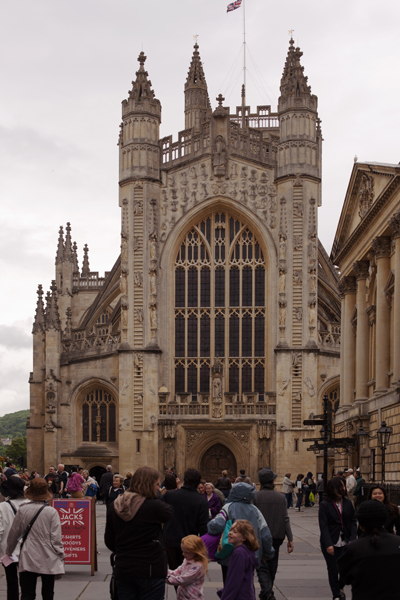 Bath Abbey with the Roman Baths on the right

The entrance to the Roman Baths

On arrival, the process seems to be generally well organised.  Visitors are initially separated into families/individuals and groups.  We were told by three members of staff that we wouldn’t be able to take the buggy around the museum section.

Audio guides seem to be popular and are available for both adults and children.  The only downside to this is that you end up with groups of people all in the same place at the same time tending to block the way for others.

Looking down at the Baths below

Bath Abbey and the Roman Baths below

One of the statues, with Bath Abbey behind

The Roman Baths are clearly a very popular attraction and were very busy while we were there.  There is a lot to see and children are well catered for with an ‘Activity Room’ offering some respite from the relentless press of audio guide devotees.  The children enjoyed making Roman ‘crowns’.

Rebekah and Holly with their crowns

We had a look down at water level, before leaving the Baths in search of some sustenance.

Bath Abbey reflected in the water 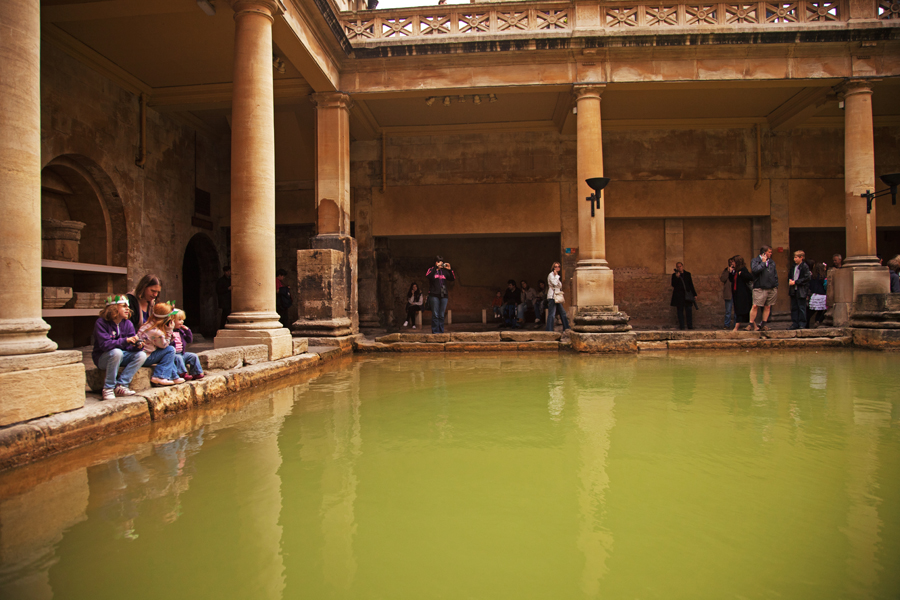 The family looking out over the water

Looking across the water

A full visit is recommended to take some two hours and we duly managed to escape soon after 1pm.

Outside #Bath Abbey. Al fresco lunch from #Greggs in the sunshine. @mshillington singing 'My heart will go on'. A pigeon walks past.

Filled with an outdoor Greggs, we ventured into Bath Abbey where the girls completed a quiz as part of our tour around.

The nave of Bath Abbey

Holly and Rebekah find a convenient place to complete their quizzes

By the time we left the Abbey, the weather had deteriorated somewhat and we hastened to Ben’s Cookies for a restorative cookie and hot chocolate while we waited for the weather to improve.

Emerged to a heavy shower, from #Bath Abbey. Where better to take shelter than #BensCookies?

After enjoying the afternoon snack, we walked through persistent rain to see the Royal Crescent. 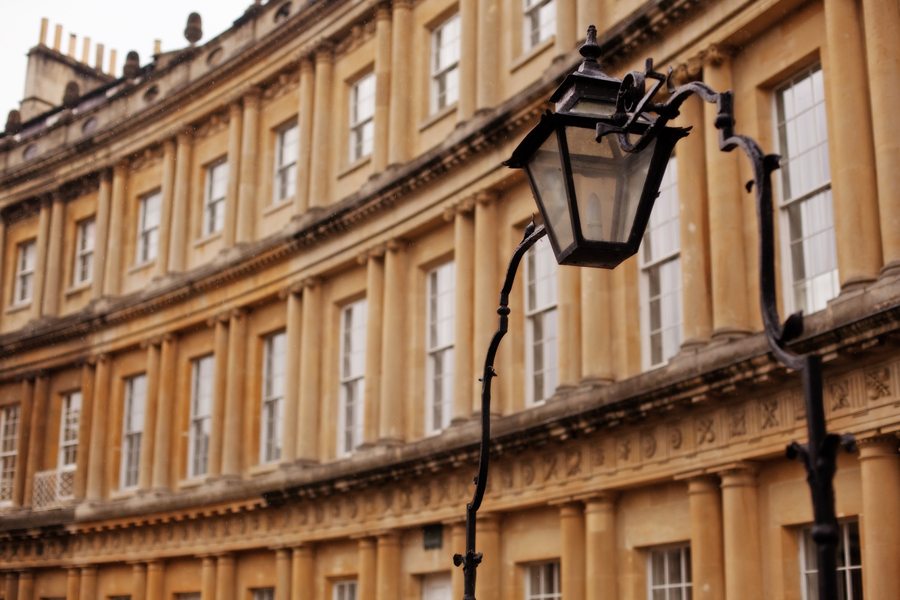 Old light in The Circus

The Royal Crescent in a downpour

As we began to walk around the Royal Crescent the weather deteriorated further and we were forced to take shelter where we could find it – the girls in a disused telephone kiosk. 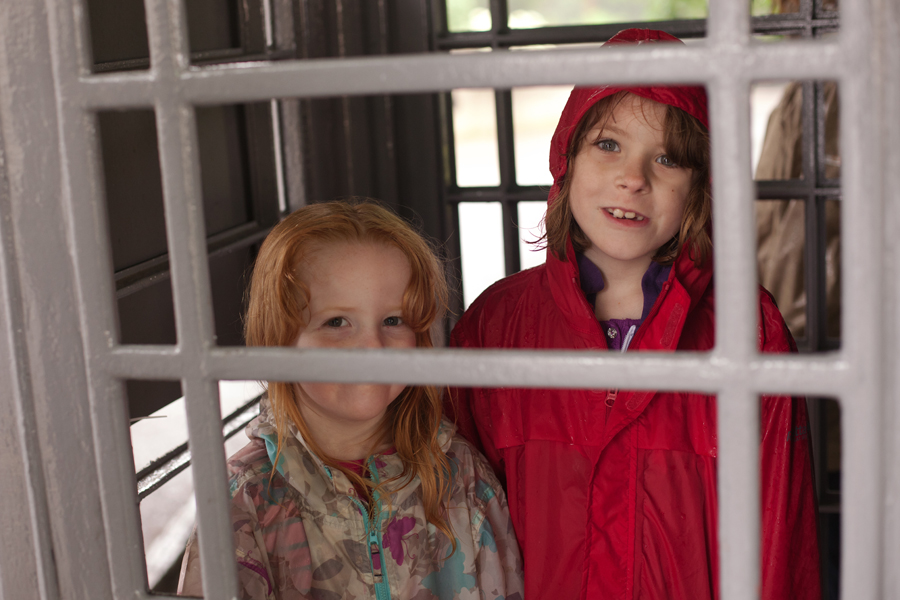 With the weather seemingly determined to have the last word, we took advantage of a brief lull and found our way back to the Park and Ride bus.

Emily and Sarah on the bus

On the way home, we made a customary stop at a Little Chef for dinner.  The Chippenham restaurant where we ate was one of the smallest that we have encountered and was fairly empty on our arrival.

Heading home from #Bath. Stopped off at what seems to be the smallest @littlechefcouk in the world – #Chippenham. So far so good. 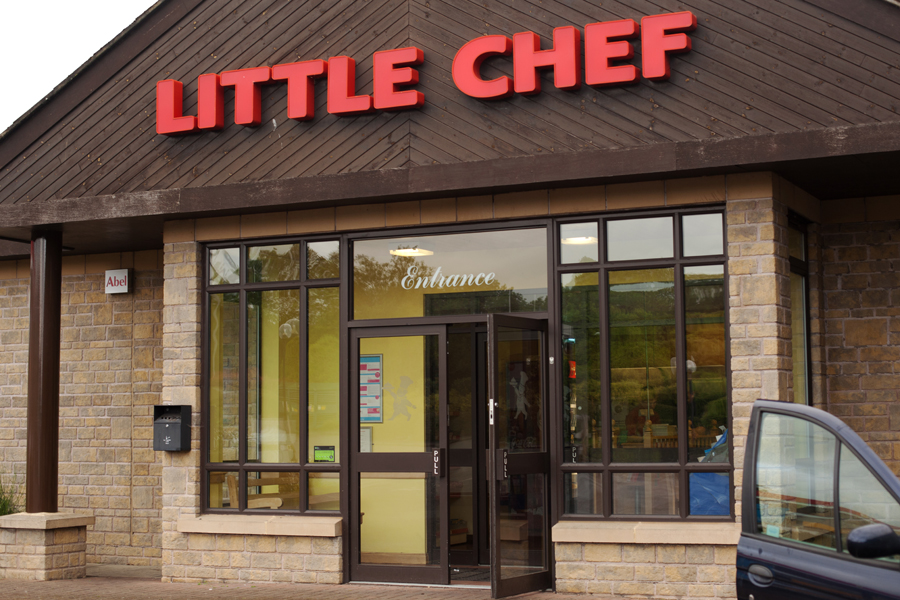 Food and service were excellent and we’d certainly return if we go back to revisit Bath at some point.

http://t.co/gd3RwlK0 – #LittleChef Early Starter up to its usual high standard in #Chippenham. #Delicious

It had been a good day, despite the best attempts of the vagaries of the British weather to compound our plans and we look forward to returning to Bath in due course.