We spent most of Saturday in Kidwells Park helping out with our church, Parkside Christian Fellowship, as they had a stall for Maidenhead Carnival.

Fortunately we were able to see a little of the other activities that were going on in the park as well.

During the morning, most of the activity at the Carnival took place on the main stage. This included a 60 second performance from my friend Andrew Burdett, which I sadly didn’t get to see. 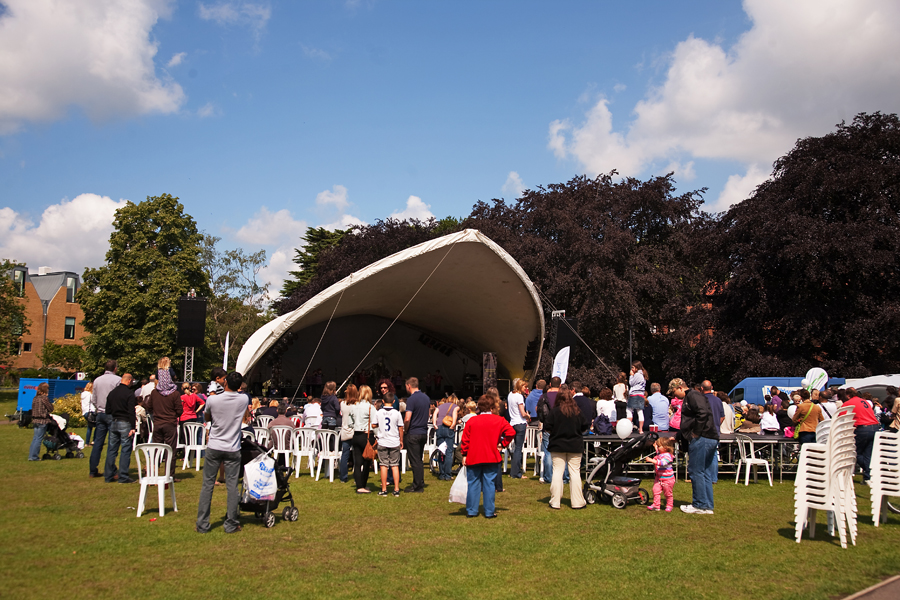 The main stage in Kidwells Park

As a result of the activity on the stage, traffic passing through and reaching the stalls during the morning was somewhat minimal. 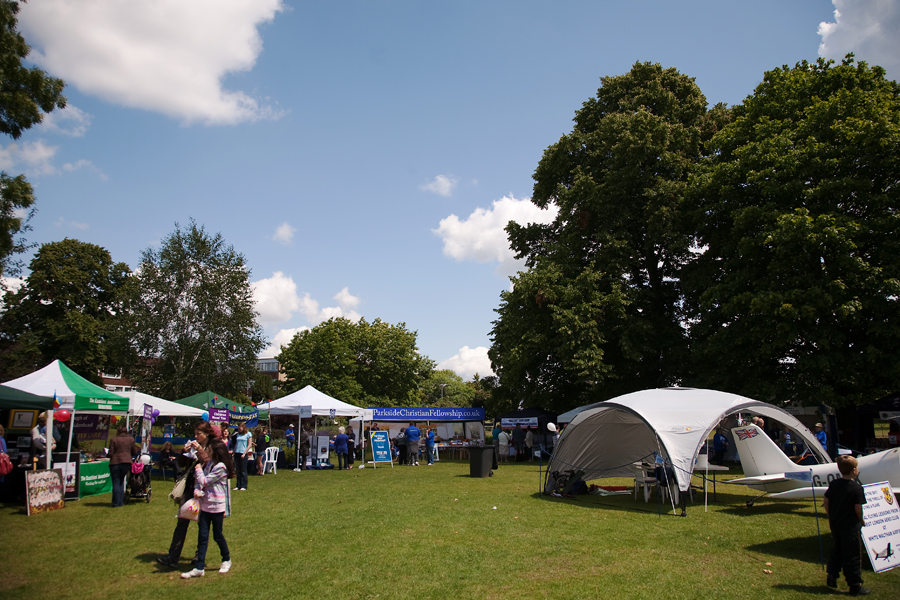 Some of the stalls, including the one for Parkside Christian Fellowship

Rebekah decided to take Holly off for a ride on the Land Train, running through the park, while it was relatively quiet. 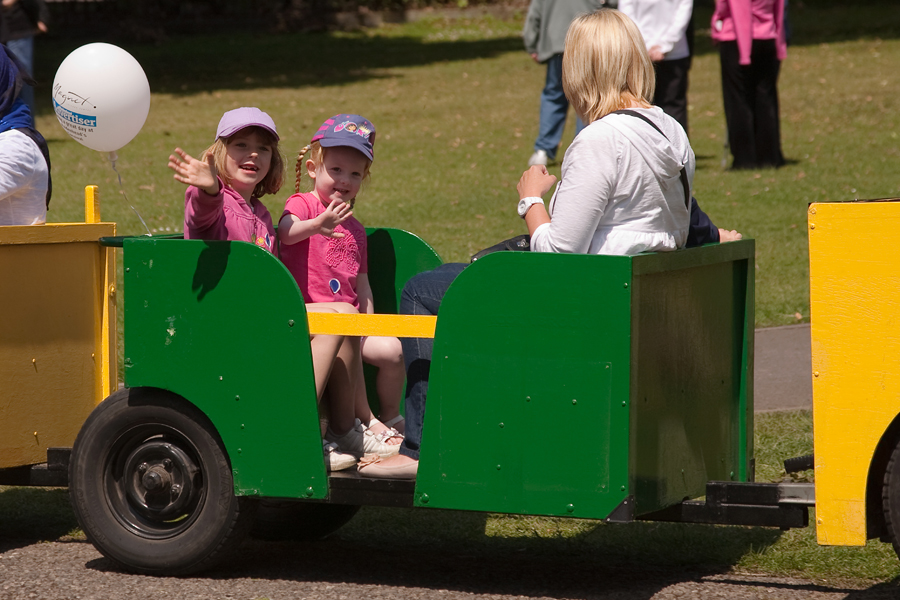 Rebekah and Holly on the Land Train

Later, Sarah took Rebekah up on the Big Wheel.

Rebekah and Sarah on the Big Wheel

During the afternoon, my old friend Jon from Thames Valley University days came over to see Maidenhead Carnival with his son, Oliver.  Oliver had been somewhat under-the-weather during the night, hence the long faces!

Meanwhile, closer to home, following the excitement of Alan and Jennifer’s recent engagement, the next budding romance is now under way, this time between Judith and Brian!  It’s certainly one to keep an eye on!

Judith's Dad keeping an eye on his daughter and new boyfriend, Brian

Overall we had a great day at the Carnival.  The weather stayed sunny for most of the time that we were there, and it was good to catch up with friends again as well as being a part of the work that Parkside were doing.

During the evening, I heard the sounds of fireworks from the nearby Kidwells Park. Hastily, I grabbed my camera, held the top window open wide with my left hand, rested the camera on the window frame with my right hand and snapped a few hopeful shots.

It was only after a few minutes that I belatedly thought about going outside with my tripod to take some proper shots.  By the time I had set everything up the fireworks were over and I had to resort to the photo below as being the best of a far from great bunch!

Fireworks from our window