To Southampton to bid farewell to a much-loved uncle.

Over 100 people gathered on a chilly morning at Eastleigh

Uncle Den had passed away unexpectedly some three weeks previously and family and friends travelled from all across the country to be present at the Thanksgiving Service for his life.

The service was taken by a friend of Uncle Den’s, the affable Reverend Paul Arnold, who began by mentioning some of his own memories of his time spent with Dennis over recent years.

Following both an opening prayer and the Lord’s Prayer, he announced the first hymn, one of Dennis’ favourites, Blessed assurance, Jesus is mine!

Rev Paul then returned to read a tribute about Dennis’ life which had been written by his daughter, Gillian and included details about Dennis’ time spent in the RAF as well as working with Pirelli and other memorable moments.

I was then able to read a few of my own memories of Uncle Den.

Dennis’ niece, Heather, then came up to read some further memories which had been received by Gillian following her dad’s death.

These were from Dennis’ cousins, Dorothy and Doreen, neither of whom were able to travel to the Thanksgiving Service, as well as a former Pirelli colleague and a friend of Dennis’ from his time in the RAF.

Following the tributes, Rev Paul gave a few reflections on Dennis’ life and passing including the fact that he was now in heaven with his Lord.

After a short prayer and second hymn, In heavenly love abiding, Rev Paul ended the service with a commendation and blessing.

We then made our way for a short committal service at Southampton Crematorium, before returning for refreshments at Eastleigh Baptist Church.  Gillian had arranged a table which contained a number of photos of her dad.  There was also a book which was passed around for people to write short messages in. Flowers in the RAF roundel Flowers from daughter, Gillian and family 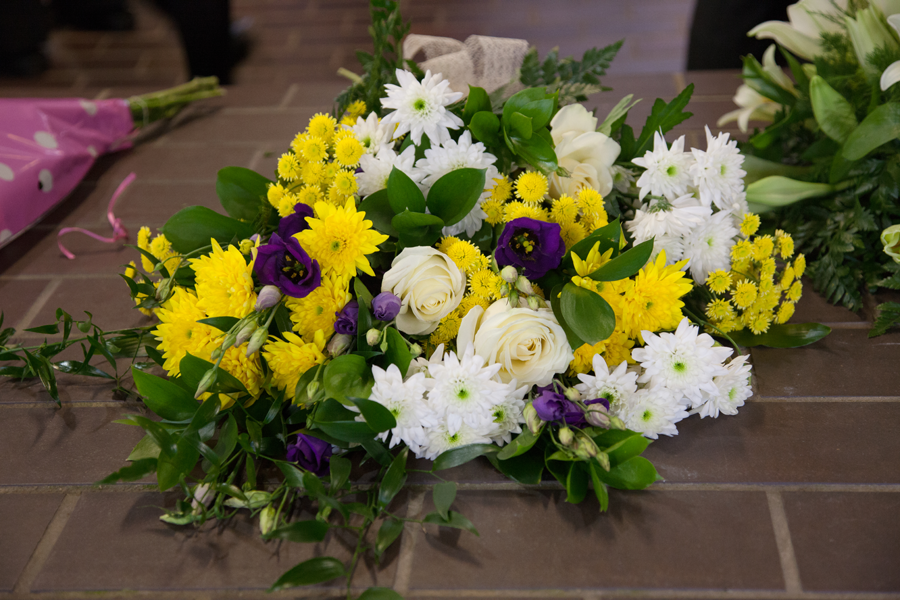 Flowers from mum’s side of the family

Some of the flowers at the crematorium Table at the church set out with photos of Uncle Den

Some of the photos and RAF roundel

More shots, including one on Uncle Den’s 90th birthday

More photos and book of remembrance 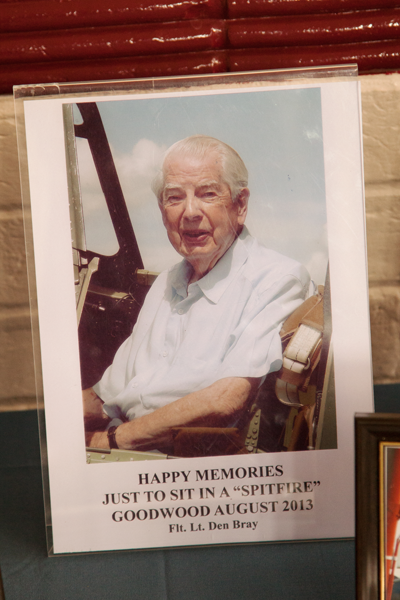 Happy memories – back in a Spitfire at Goodwood

Overall the day went very well and it was good to meet up with some of the family as well as take the opportunity to speak to some of the ageing ex RAF members who had kindly come along to bid farewell to one of their own.

Excellent thanksgiving service for Uncle Den. Lots of happy memories and a chance to catch up with the wider family.

We had travelled down to the service with Rebekah and Holly and also gave a lift to Elaine Waites, who had come along to Uncle Den’s 90th birthday celebrations.  On the way home, we also gave mum a lift and we all stopped off for a meal at Longbridge Mill, to break the journey.

A life Full of years Full of memories Serving his country Serving his Lord Family Friends Love Laughter Over. #micropoetry